‘I have Fibromyalgia and my normal existing is being sick every day, or feeling hungover — that’s how I live.’
‘Pain has always been my normal, which is actually not normal at all.’
‘Living with a Fibromyalgia is ruining my life’

10 million Americans with Fibromyalgia (FMS) have a shared experience of living with pain. What do we really know about Fibromyalgia - What does fibromyalgia pain feel like and what causes it. Also, more importantly how do we address the pain.

The Most Popular Natural Treatment for Fibromyalgia is D Ribose

D-ribose is a supplement that's recommended as a treatment for people with Fibromyalgia. D Ribose is a kind of sugar that is produced by the body to be the bodies natural energy source in the cells known as ATP. Fibromyalgia is said to be strongly associated with decreased mitochondrial function ( the power station is the bodies cells) and declining tissue levels of adenosine triphosphate (ATP, the bodies natural energy source). As cellular energy is depleted, fatigue and muscle pain become more and more severe and the muscles require additional energy in their recovery efforts. Energy as fuel is used faster than the fuel is made available to renew it, and the fatigue, soreness, pain and stiffness progress. To briefly point out the features of this study, published in The Journal of Alternative and Complementary Medicine, it concluded that D ribose benefits Fibromyalgia :

How to take D Ribose

D-ribose is widely available in the form of a dietary supplement. Early research suggests that taking DRIBOSE by mouth can improve energy, sleep, and offer a sense of well-being and decrease the pain in people with Fibromyalgia. One of the most common ways to get it is in a powder although this takes time to prepare and may not be as popular.

D Ribose capsules are easier to use and can be more reliable as the dosage requirements can’t be measured as accurately with powder. Taking D Ribose in a capsules form is portable easy and you get this added benefit.   To help you get started we have listed the Top 3 performing D Ribose supplements on Amazon: 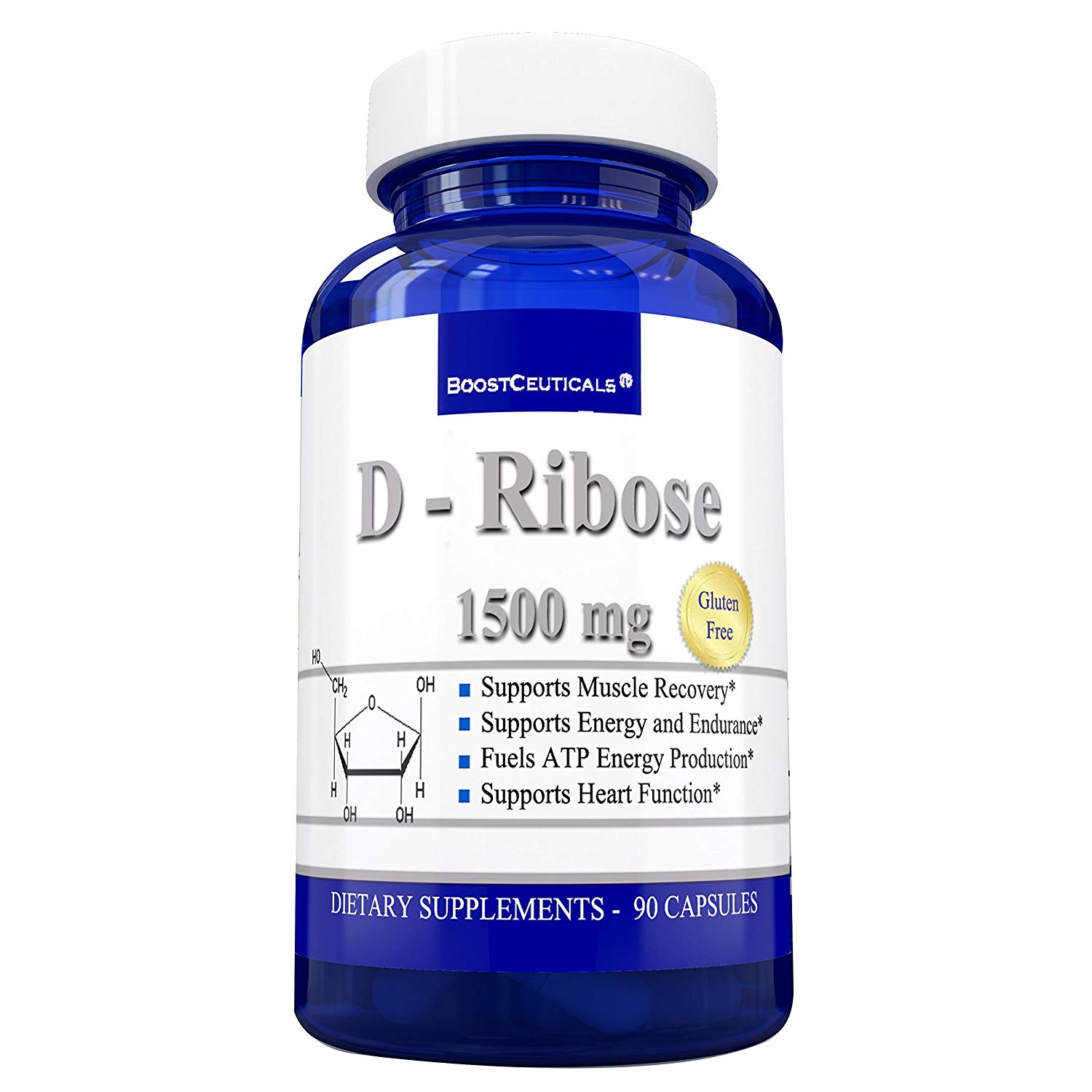 S. Turner Said "This product has literally been a lifesaver  for me! .... Thanks to the D-ribose all the other  pain ...has all gone away. .... I love  this stuff so  much, I ordered another bottle so  that I don’t  run  out! If you suffer from any pain, get this  supplement! You won’t be disappointed!"

Check Price and Buy On Amazon 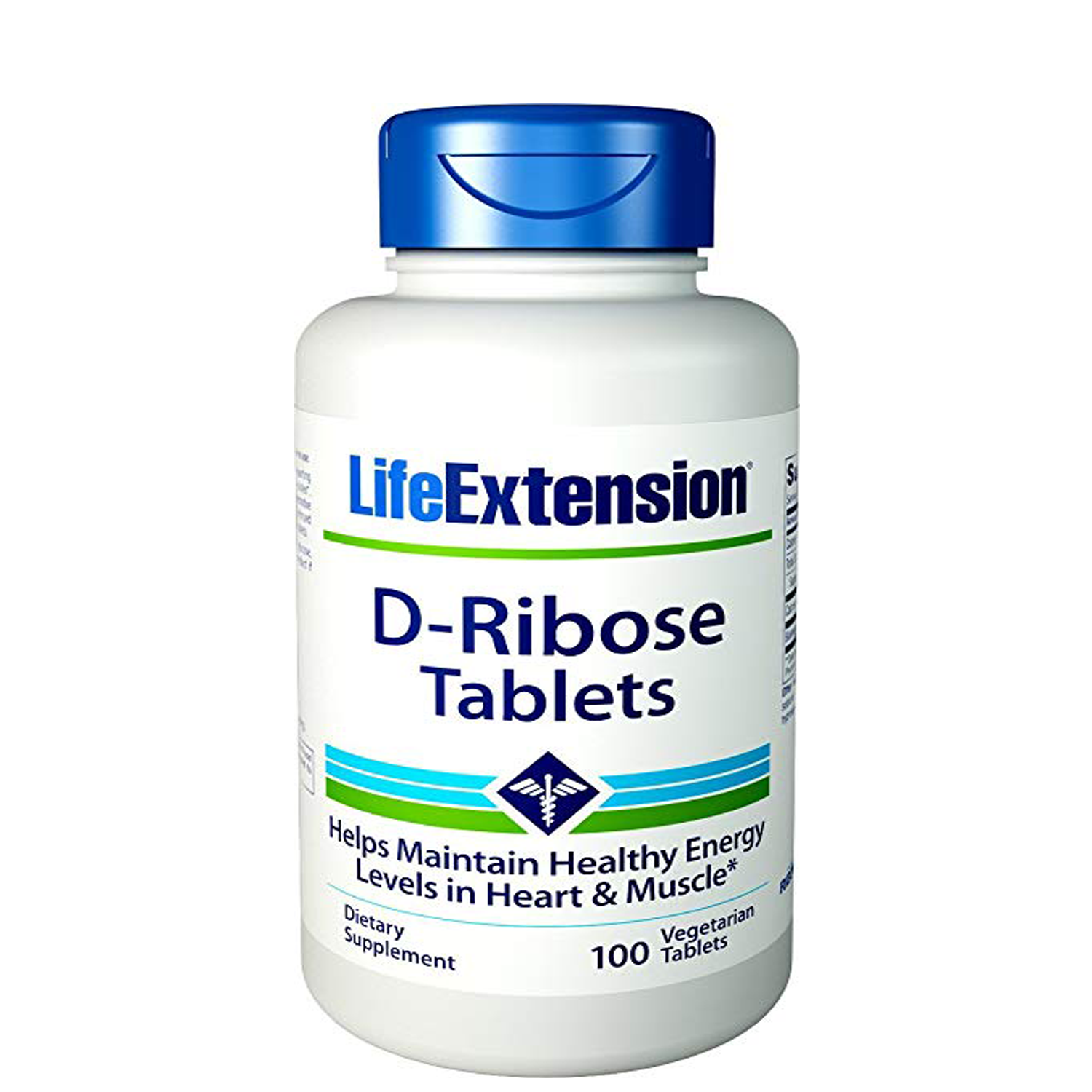 Anthony shared "I always remember to take this product before working around the yard. I have found that it reduces leg cramping. I take one in the morning and one at evening when I have worked hard during the day." 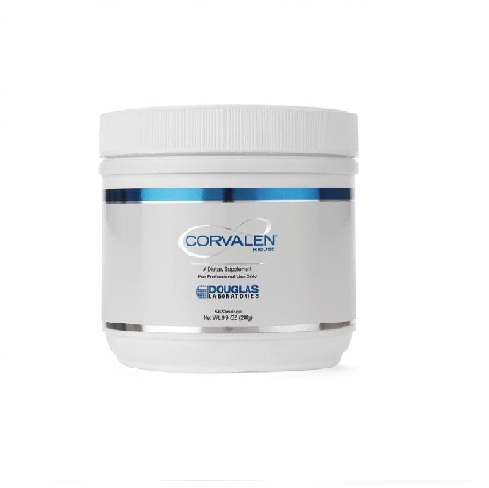 KathyM said "Since starting D-Ribose, I've started walking my dog every day. With chronic fatigue I go through phases of needing to nap every day after work. I could be on an upswing, it could be the ribose. I will post again in a month or 2 and let you know if it's still working."

To start with, let us answer the BIG question: what is Fibromyalgia?

Although there are several Fibromyalgia definitions, the following can be the most concise and complete one : also referred to as Fibromyalgia Syndrome (FMS), it is a long-term condition that causes pain all over the body. It is a disorder characterized by widespread musculoskeletal pain accompanied by fatigue, sleep, memory and mood issues and more. These can all be severe, Deanna B of The Mighty Community has described exactly what Fibromyalgia pain feels like when she said ’ “You know how your body feels after that first intense workout? When it’s excruciating to move and all your muscles are painful to the touch? Imagine having that pain for the rest of your life. Never going away. Combined with such severe joint pain, it feels like glass rubbing together when you move. Then when someone touches you, it feels like you’ve been electrocuted, and this sharp jolt of pain runs to your spine.”

Alarming at this sounds, this is true and those that are suffering are often unaware of others having the same symptoms and also how they may be treating them. Researchers believe that Fibromyalgia amplifies painful sensations by affecting the way your brain processes pain signals. 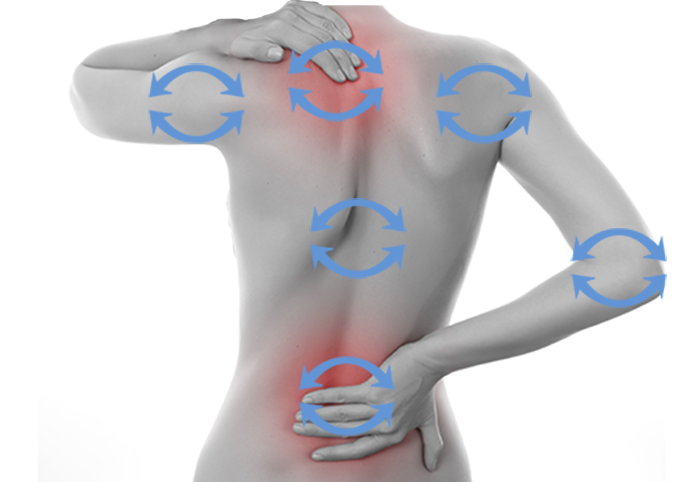 The exact cause of Fibromyalgia is still unknown but there have been a number of factors to consider.

Chemical Imbalances: Low levels of hormones may be a key factor in the cause of Fibromyalgia, as they're important in regulating things such as mood.

Abnormal Pain Messages: The central nervous system (brain, spinal cord and nerves) transmits information all over your body through a network of specialised cells. Changes in the way this system works may explain why Fibromyalgia results in constant feelings of, and extreme sensitivity to pain.

Genetics: One may ask ‘is fibromyalgia hereditary?. Well currently, Fibromyalgia is considered to result from an interaction between genetic factors and environmental factors. We could also say that due to genetics many people may be predisposed to Fibromyalgia, and they develop their condition after some sort of trigger. Possible triggers involved may be: injury, a viral infection, a conceived or real threat against self such as operation, break-up, being in an abusive relationship, and even death of a loved one.

Trauma and Stress: When the stress response is over activated during childhood, it becomes hypervigilant and has difficulty maintaining balance in adulthood. Fibromyalgia and irritable bowel syndrome are two examples of hypervigilant neurological responses. Normal stimuli such as wind blowing in the face or clothing rubbing against the skin can produce painful sensations in those with Fibromyalgia, illustrating an exaggerated pain response.

Anger: An interesting study conducted in 2010 shows that repressed anger can heighten symptoms of Fibromyalgia. The European Journal of Pain conducted a 28-day study involving 333 older women with Fibromyalgia (average age 47). The study aimed to examine whether anger during the everyday life of someone with Fibromyalgia amplified pain and whether repressing anger or expressing anger had a link to the level of pain they experienced. The researchers found out that the trait anger was related to experiencing heightened chronic pain.

Fibromyalgia pain is often associated pain all over your body where even light pressure can cause pain. It is not uncommon for people with Fibromyalgia to complain of painful skin form the touch of their own clothing. Research has shown that patients with Fibromyalgia often see several different doctors before receiving their diagnosis. The symptoms of Fibromyalgia often mimic other health problems, which can make diagnosis difficult and is often the reason this can take longer to diagnose.

Familiarization with  a Fibromyalgia symptoms list can help the patient identify their diagnosis earlier, so they are able to find a way to control this pain. If you find your muscles aching on a constant basis with no obvious external causes, test yourself against these major Fibromyalgia symptoms and should you fit all or most of them, mention them on your next visit to your doctor and try to rule out all other causes.

Many are most often bothered by:

Back pain or Lower back pain, which may radiate into the hips causing pain in hips, legs

Neck pain, Pain and tightness in the neck that moves across the back of the shoulders

Chest pain, suggestive of symptoms of costochondritis (breast pain or Fibromyalgia in breast);  also described as pain in ribs.

4. How Can Fibromyalgia Be Diagnosed

The real question is ‘Can Fibromyalgia be diagnosed?’ Well, because pain is subjective and highly personal, diagnosing Fibromyalgia can be very difficult. Routine lab tests do not detect the widespread pain of Fibromyalgia. Instead, the diagnosis is made by a physical exam of pressure points that takes about five minutes.

Instead, the diagnosis is made by a physical exam of pressure points that takes about five minutes. When light pressure is applied to the surface of the muscles throughout the body, patients with Fibromyalgia find this painful, especially at the specific tender point areas used for diagnosis.

Based on the CDC's 1994 guidelines ; to meet the Fibromyalgia criteria for diagnosis, patients must have:

A. Widespread pain in all four quadrants of the body for a minimum of three months

B. At least 11 of the 18 specific tender points or Fibromyalgia pain points

The 18 sites used for the Fibromyalgia diagnosis cluster around the neck, shoulder, chest, hip, knee, and elbow regions. The finger pressure that your doctor must apply to these areas during an exam is just enough to cause the nail bed to blanch or become white.

Trigger points are firm nodules that you can often feel in your tight, rope-like muscles. Pressing on a trigger point hurts in the area and also shoots pain to other regions, while pressing on a tender point is believed to only cause discomfort to the local area.

5. How Do You Treat Fibromyalgia

To start with, you need to understand that the treatment of Fibromyalgia may involve a multi-faceted approach.

Naturopathic and holistic physicians use many individual nutrients and botanicals as Fibromyalgia natural treatment of their  patients with Fibromyalgia. They include magnesium, CoQ10, malic acid, vitamin D, resveratrol, carnitine, and herbs like Rhodiola, Licorice, and Ginseng. All of these have their place but what is found to be most effective, especially in working with the most challenging cases is D Ribose. This natural supplement can be the single most important nutrient for alleviating symptoms and helping patients get back on a path towards good health.

Of course, it is hard to exercise with Fibromyalgia, so try low impact activities, such as walking, biking, and swimming (“Fibromyalgia: What Does the Research Literature Say About Exercise for Persons with Fibromyalgia?” National Center on Health, Physical Activity and Disability-   SOURCE  ) 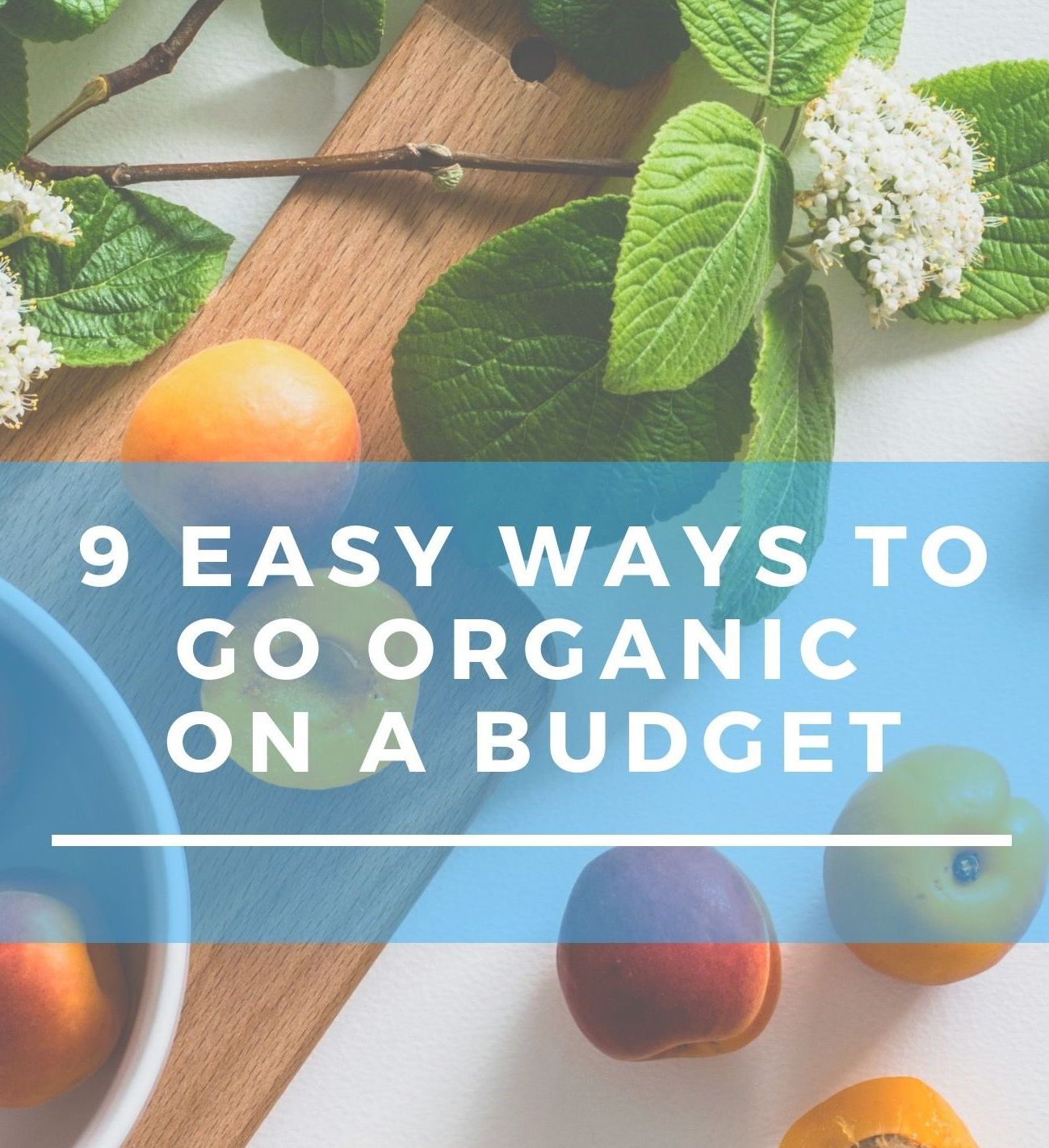 Taking a midday nap helps many people with Fibromyalgia function on the job. Although there is no cure for Fibromyalgia the good news is there are effective steps you can take to relieve Fibromyalgia pain and hence stopping it from feeling like a disability. This is done by living a lifestyle with exercise, dietary supplements such as D Ribose, relaxation and stress-reduction. This can certainly help in reducing chronic pain issues. Hopefully this blog helps to guide you in this life journey with Fibromyalgia so that you can live your life with less pain and less interruptions.

Have any questions or thoughts? Please, feel free to ask away as you share and tag us in your post! BoostCeuticals strive to provide a community who are excited about finding the best boost  they need and living the best life possible, both optimally healthy & happy!

Your Participation is the energy behind us helping you in your daily healthy boost!.